Why Give Groupon a BIG Piece Of The Pie If You’re Doing All The Work And Taking All The Risk. 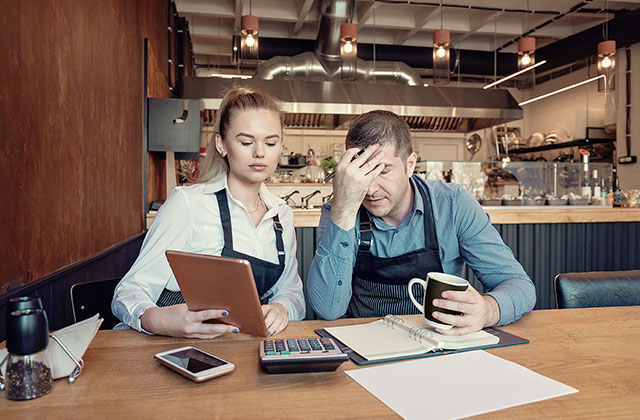 I want to share an e-mail I got from a client asking what I thought about Groupon. Below is his e-mail and underneath is the feedback I gave him. I wanted to share this exchange with you to give you some insight into group discount deals BEFORE you find out the hard way that Groupon is not for you. I will admit Groupon deals work for some businesses, but they’re the exception – not the rule.

“My father, Dr. {name withheld}, currently has two websites with you — one for chiropractic and one for acupuncture.

I’ve been brainstorming methods in which his practice could be marketed. One idea that popped into my head was to offer a Groupon.

I began to research the idea, and I immediately Googled “acupuncture groupon”. My search yielded four results that were exactly what I sought. They were Groupon offers for acupuncture services. I looked into each offer more in-depth by visiting the Groupon pages and then their company websites. The offers in NYC and San Francisco yielded 1,038 and 734 purchases, respectively, for a consultation and a treatment. I arrived at the website for {name withheld} and immediately recognized the website as one of yours. My father and I were curious about your impressions on the Groupon offer and about whether or not you would recommend it (for a traditional acupuncture treatment and examination, not cosmetic).

If you were involved with her Groupon project, please share your thoughts. I’m captivated by the idea and told my father that I’d be more than willing to help him orchestrate this project. Rather than paying to attract new customers, receiving payment (though reduced) to reach new customers seems logical. He told me that he wanted your advise and opinion beforehand.”

“Your initial reaction to Groupon is the same as everybody else. On the surface it looks like a great idea, but in really is not. I have two clients who tried it and got less than desired results. The problem with Groupon is they beat you up on price. In other words, they try to get you to advertise a very low promotional price for the treatment – or whatever the service is you’re promoting. They sell you the idea that you are going to get a lot of people in the door and those people will come back for more later, hence you making your money on subsequent visits. But that never happens because the people that buy Goupon deals are bargain hunters. That’s why they are attracted to these promotions. If that’s not bad enough you have to honor the deals you sell for a full year (12 months.)

The only one who makes out like a bandit is Groupon not the merchant. In theory it sounds good, but in reality it’s a losing proposition. By the way, both my clients did this on their own without me knowing. They were contacted by Groupon and were sold on the idea. They discussed it with me after the fact. Here’s the math I did for one of my clients. You’ll see why this is a losing proposition;

My client does cosmetic acupuncture. She sold 70 Groupon deals. She normally gets $165 for the initial cosmetic treatment, but Groupon insisted she sell them for $39 with the promise of repeat sales later (sigh.) So she sold 70 deals for $39. Of those $39, Groupon got $16 and my client got $23. Right now I can’t remember if it was vice versa, but let’s say my client got the $23. Groupon made $1,120 in a single day and got their money up front. I forget if merchants get their money right away or if it trickles in. If I’m not mistaken Groupon pays them their portion in full within 30 or 60 days. You’ll have to check. What I do know is she has to honor 70 deals for the next 12 months. Those 70 deals X $23 = $1,610. Now let’s look at her regular price of $165 for cosmetic treatments. If you sold 70 treatments at $165 you’d make $11,550. The sad part is she spends 1.5 hours with the patient on an initial cosmetic acupuncture treatment. So $165 divided by 1.5 hours is $110 per hour, while $23 divided by 1.5 hours is $15.33 per hour. Do you see what I mean? I hope this tells you what I think about Groupon, but don’t take my word for it. Check out The Retail Doctor’s blog for a lively discussion about Groupon. I hope this helps.”

As I said earlier, some small business owners seem to do well with Groupon. If you’re considering driving traffic to your local business – especially if it’s the slow time of the year – Groupon might be an option. But I caution you to do your due diligence and don’t fall for the “if you build it they will come again” spiel.

And remember, once you sign on the dotted line you are committing yourself to honoring those deals for a full year. After all, the consumer already paid you – as ridiculously as the price might have been – they paid you.  Honoring these prices later in the year when you’re business is busiest is frustrating.

One more thing… Bargain hunters know about Ripoff Report. Another one of my clients decided there was no way they could keep honoring the Groupon deals. So an angry consumer filed a complaint on RipoffReport.com. Now when you enter my client’s business name into Google, the Ripoff Report complaint is there on page one. As you can imagine my client is not a happy camper.

If you’ve had any experiences with Groupon, good or bad you’d like to share, please feel free to leave your comments below.

Frank Prieto is a marketing strategist helping small business owners generate qualified leads from the internet, and convert more of them into customers, clients and patients.

5 Responses to "Why Give Groupon a BIG Piece Of The Pie If You’re Doing All The Work And Taking All The Risk."

Are they finding YOU?